GearSolutions Magazine, one of the top industry publications in the world, featured Forest City Gear’s new director of sales, Erik Spurling, in its May publication. 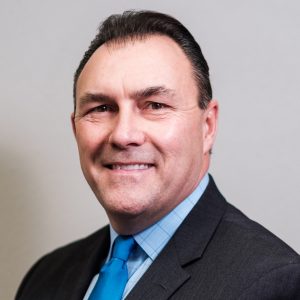 Spurling joined FCG in March. He’s had a distinguished in sales in the manufacuring industry, spending nearly nine years as national sales manager of Kuriyama of America in Schaumburg and coming to FCG from his role as senior director of relationship management for the National Safety Council in Itasca.

Spurling carefully checked out the Roscoe-based gearmaker’s reputation before coming aboard. He touched on that research where he discovered FCG is a world leader either in “cut teeth only” or “make complete” gear manufacturing and how, in some respects, the company remains an undiscovered gem because of its ability to not only the most complex, prototype work but also because it’s invested in heavily into being able to do high-volume production runs.

“While the perception is that we’re specialists in solving the extraordinarily difficult, high-quality work that others might pass on,” Spurling said to GearSolutions, “the reality is that we also have exceptionally strong resources for both initial, and continuous, higher volume production runs.”

Erik’s primary responsibility at FCG is develop strategies to reach new companies. Click here to check out the entire interview.

Crandall Stats and Sensors stars in Made In The Stateline