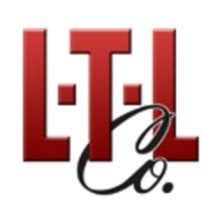 The company has moved twice since its founding, to 743 20th St. and then to 4801 American Road in 1995. LTL survived a Great Depression, a Great Recession and the growing globalization of manufacturing. President Jim Landquist said the company lasted by diversifying.

“When I started, we mostly did tooling, and now we’re almost entirely making manufactured parts,” he said. “All of our business used to come from Winnebago County (Illinois). Now 90 percent of our work goes outside the area. We’ve stuck around because we hire good people, keep them and change with the times.”

The company does CNC milling and turning, surface grinding, keyways and oil grooves, plus such secondary services as Mig and Tig welding, assembly, plating and heat-treating. It has more than 50 customers across the United States – including local stalwarts SPX Corp. and Ingersoll Production Systems – and an international customer in New Zealand. The majority of its work is making parts and components for the food packaging, machine tool, oil and gas, and aerospace industries.

It’s hard to document how rare it is to reach the century mark. There is a lot of data on survival rates for the first 10 years. The U.S. Bureau of Labor Statistics calculated that 50 percent of new businesses survive five years or more, and 33 percent make it to Year 10. In 2011, USA Today looked at the 5,000 publicly traded companies in business at that time; 486 were 100 or more years old. By any estimation, lasting 10 decades is an accomplishment.

LTL, which employs 16 people, will celebrate its anniversary with a party from 1 to 6 p.m. Aug. 19 at the company. Leaders, including Vice President Jeremy and Jim Landquist, will be available to talk about what it takes to stay in business for 10 decades.

Previous articleTeam-building is worth the insanity

Next article How to make your WordPress site better