Hate tests? Then you shouldn’t be in marketing
August 17, 2018 by Alex Gary 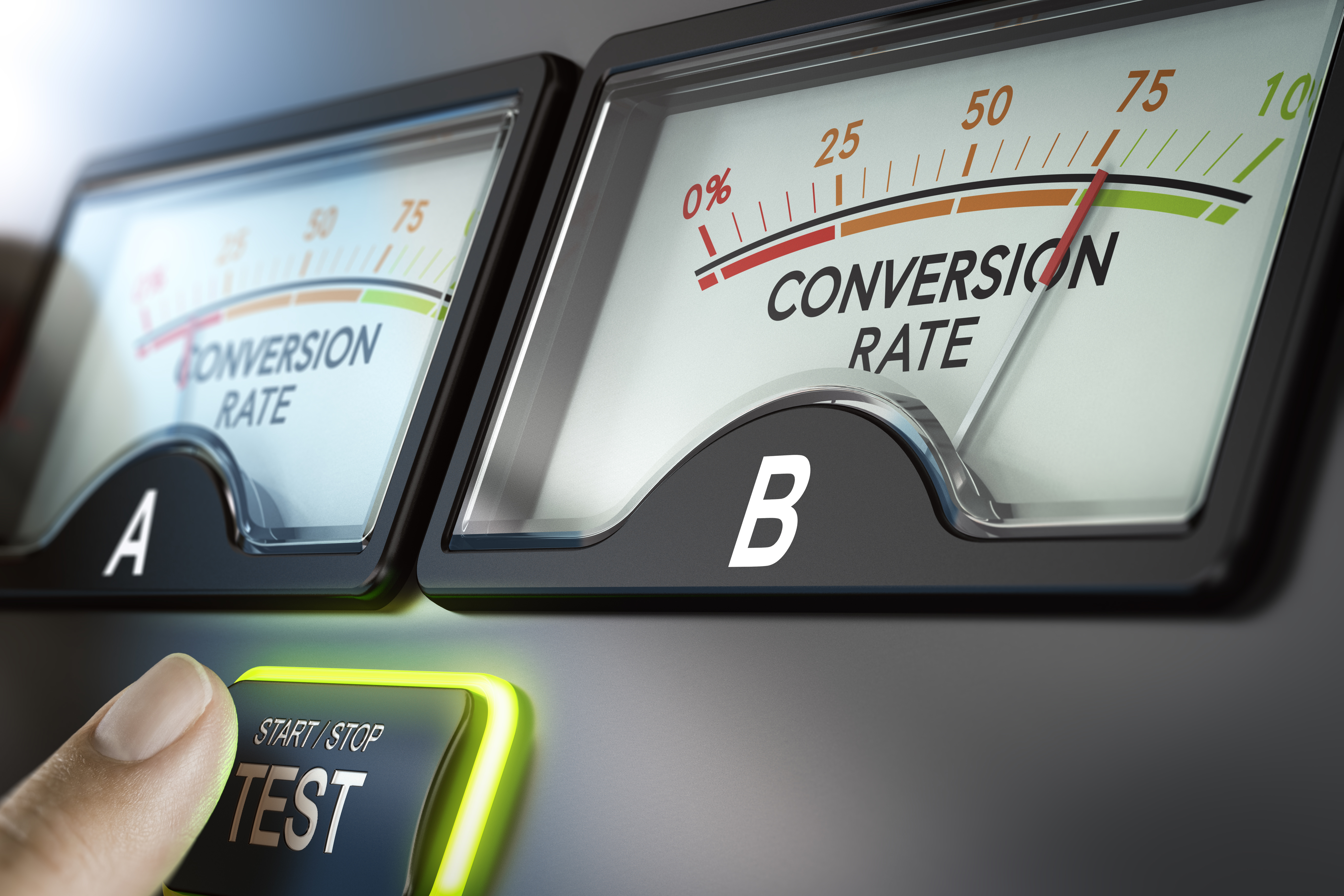 If you are investing any time, or more importantly, money into digital marketing, you want results. The beauty of digital marketing is that it’s easy to A/B test different elements of your campaigns – from email subject lines to landing pages to text in your PPC ads.

There are all kinds of tests you can run. Wordstream, a marketing firm that specializes in helping businesses use Google AdWords, asked marketing experts “what is the most surprising or exciting result you’ve ever achieved in a multivariate A/B test?”

Tom Demers of Measured SEM tried two different looks for the trust icons on a client’s site. The company had a new offering and the thought was loading up the site with logos of associations or certifications would build trust and increase conversions.

In Variation A, he moved some of trust icons to the top of the screen next to the benefit statement, removing a “hero shot.” In Variation B, he just increased the trust icon area in the original layout at the bottom right of the landing page.

Variation A, which appeared as a redesigned page, received less traffic than the existing web page. Variation B, which was just a small tweak, won by 367 percent.

Shawn Livengood of BuildASign.com tested a landing page for a marketplace site that was simply looking to increase member sign-ups. First, Livengood tested didn’t images and reworked the text on the landing page several times with no measurable changes. Then, they made the “Get Started” button on the screen bigger – and saw a marked increase in conversions. So they made the button bigger and again conversions increased.

The lesson to Livengood, which he’s used in future page layouts, is to make it “super-obvious what the next step was to complete the conversion.”

Should you be polite?

Ryan Healy, who is a copywriter, tested out whether a salutation, trying to make a page more personal and inviting, would lead to better conversions. On his sales page, he started out one version of his sales page with “Dear Friend” and found that the version without the salutation converted 28.2 percent better.

Test even the littlest things

Perry Marshall of Perry S. Marshall & Associates tested an add where he flip-flopped lines two and three in a four-line ad. One of the lines offered a free PDF download. The other line just had some ad text – “Complex Words – Simple Definitions.”

The ad that offered the free PDF download as line three instead of line two had 20 times more clicks.

He also tested an add about a program to teach people how to write books quickly.

Oli Gardner of Unbounce ran a test where they offered an ebook free in exchange for either an email address or a tweet. For Unbounce, they either captured an address for marketing purposes or a shout out on social media.

The email version converted at a rate of 22 percent versus 18 percent for the tweet.

They then ran a third test where they offered the ebook free but listed both options. In that test, 85 percent opted to give out the email address. Unbounce looked at the people who had tweeted in the original test and found that most immediately deleted it, likely because they didn’t want to share business related links on their personal account.

Gardner said the lesson learned was not to just assume initial test results are correct. Try a couple of hypotheses to verify your results.

John Doherty of GetCredo.com tested a conversion funnel on a site, thinking that allowing users to click out of a funnel was causing people to dropoff. So they tested the funnel without the click out navigation.

These are just a sampling of the various responses Wordstream received. Go to their site and download the report for more.