There are some tricks of the trade for installing VoIP
June 14, 2018 by Rob Davis 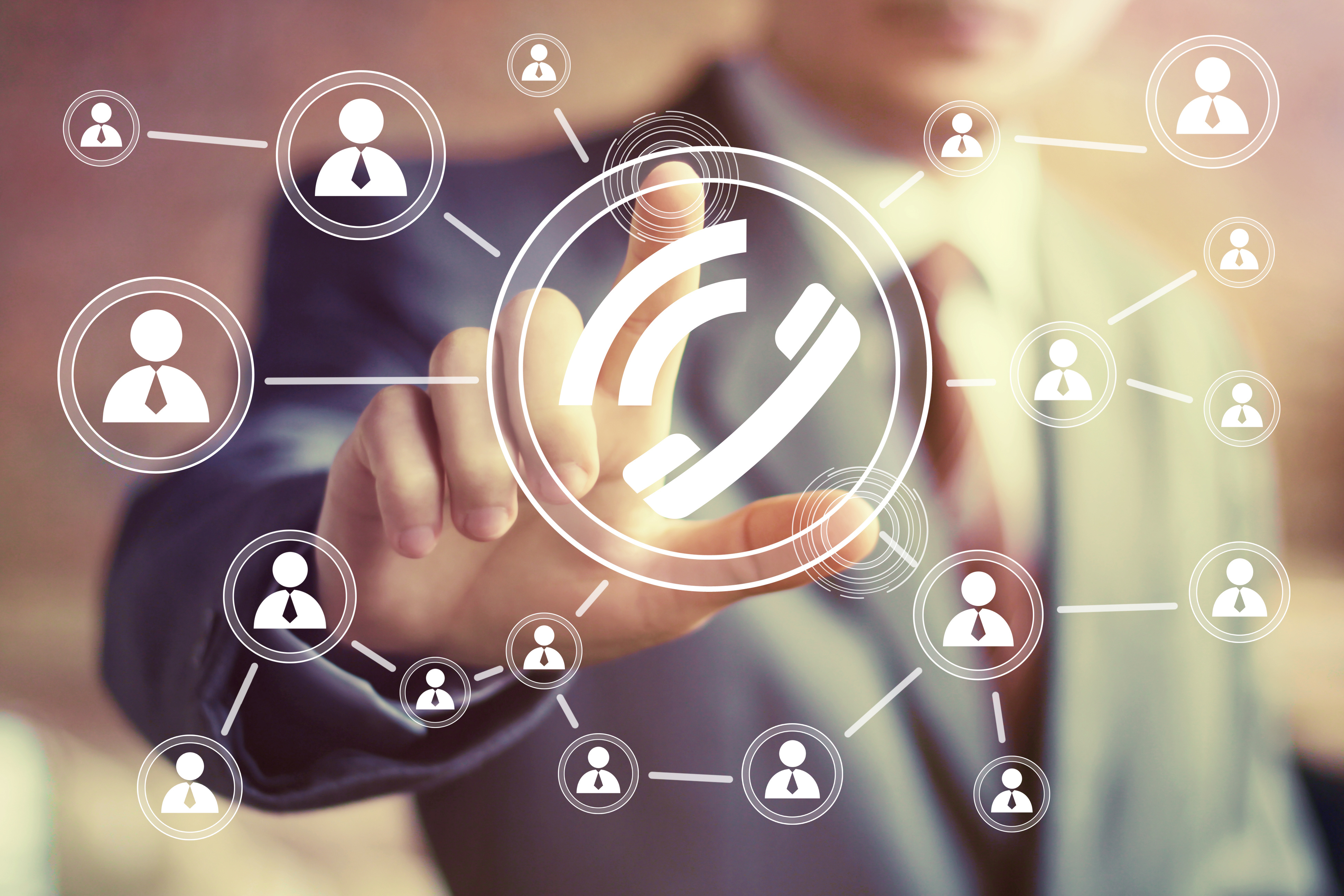 Thinker has been setting up and maintaining VoIP (Voice over IP) systems since 2013. Over the years we have learned a few things. We thought it would be useful to describe our cloud-based installation best practices in case you were thinking of installing it, or you have it, but it’s just not working right.

If done right, VoIP can provide much more functionality than traditional phone systems for a fraction of the cost. If done wrong, you’ll be throwing your VoIP phone in the bin and wishing you’d never clicked on that website link.

A cloud-based VoIP system consists of four major components. However, many people just think of two or three when considering switching. A traditional phone PBX consists of a box on the wall with lots of wires connected to it, phones and incoming telephone lines. As competition among phone providers heated up, companies would switch one company out for another. Traditionally the new technician would bring his physical lines in, cut off the old lines (leaving them dangling in the phone closet) and physically punch in his new lines. Lines would run from the box on the wall to every desk. Which extension you used was determined by where you were plugged in to the box on the wall.

VoIP systems divide this into three parts. The box on the wall is actually software running on a cloud server. At Thinker, we use a dedicated virtual server per client. We then lock this down to a handful of IPs to lower the potential for misuse. We also provide “lines.” This is a contract between you and Thinker. These lines are known as a “VoIP Trunk” and are purely a software connection. The PBX server in the cloud will connect with the trunk to enable incoming and outgoing calls to the capacity set in the contract. All announcements and settings are stored on the cloud server — the main reason for this is that the internet connection for a cloud server has a reliability of 99.99% versus Comcast’s 93% for a COAX connection. At this point, a VoIP server is more reliable than a wired system. Your outgoing message will always be heard when someone calls in.

Desk phones used for VoIP look similar to traditional office phones, but they connect via an Ethernet cable instead of a phone cable. Most of the time they can be powered by the Ethernet cable too. They use an existing internet connection to connect to the cloud-based PBX to make and receive calls.

The fourth, often overlooked, aspect of VoIP is the existing internet connection! This can be the linchpin to a successful VoIP system. In order to work well, this needs to be optimal. We recommend an enterprise router that uses Quality of Service (QoS) rules.

A lot of small-business office networks are a collection of random cables, with switches cascaded throughout the network. A bad, in-wall ethernet cable can make or break a VoIP connection, while being unnoticeable with a PC. High latency can be audibly heard on a VoIP call. Worse than high latency is unstable latency, or “jitter.” A bad internet cable can be almost impossible to track down when a network employs cascaded switches. Jitter can be introduced in this scenario. On top of that, once the VoIP traffic reaches the internet router, it has to compete with everything else going down the pipeline. Comcast, our local cable provider, provides bandwidth to an office asymmetrically. This means that, although you can download at 75mb/s, you can only upload at 15mb/s.  If someone in your office is using Dropbox, your VoIP call is merged in with their Photoshop file going off to Dropbox. Your caller will hear this as the sound of your voice is delayed to its destination, or lost completely, as VoIP traffic will time out. Your voice will cut in and out and be unintelligible.

QoS rules tell the router to examine the traffic going out and prioritize VoIP calls above things like Dropbox. The router will delay and slow the Dropbox traffic but will keep your VoIP call going at full speed. No router provided by an internet company will do this; it’s why medium-sized businesses invest significant money in enterprise-level routers instead of buying them at the local big-box store.

Many VoIP providers will offer configuration guides for a handful of routers they approve. At Thinker, we prefer to install and configure a specific router so that we can certify that the wiring works. We don’t expect our clients to have a three-year degree in networking before using a VoIP system, but we’ve faced too many issues with bad network wiring, trying to connect phones over Wi-Fi, or using Ethernet over Power adapters, to be comfortable with anything less than a dedicated network cable to each phone and to only use enterprise-level managed switches. The alternative is always a call saying that the “phones are no longer working” and blaming the phone system instead of the internet wiring, even if we’ve explained that these issues will be likely without replacing the wiring.

Therefore, a typical install of a new system from Thinker will normally start with a consultative visit where we discuss phone requirements and placement, but then spend most of the time discussing the internet installation. A proposal will almost certainly request replacement or additional Ethernet cables, a replacement router, possibly access points at the same time and programming the router with a wide range of QoS rules. The result will be a much more reliable and robust office network, with full diagnostics, and will allow us to manage phone settings remotely, without the cost associated with an office visit to fix any issues that arise.

Yes, the phone system will probably work, to a point, with the existing wiring. But if it doesn’t, our ability to diagnose and repair an issue is extremely limited and we like our phone system way too much for it to take the blame.

Next article Google's not kidding. It's time to go to HTTPS

Rob Davis
Rob is a native of London who earned an A Level in computer science back in the days of the Commodore VIC-20. His first job in London involved giving laptop computers to journalists who would transmit their stories over the telephone lines, which were then sent to newspapers and magazines. That experience gave him a desire to get involved in computer networking in the very early stages. He moved to the United States for good in 2009 and now is an expert at computer networking, systems management, WiFi and cloud computing. Rob’s technical expertise enables Thinker to forecast where the computer side of your business needs to be in five years and help you get there.