What entrepreneurs have in common with the D-Day invaders
August 17, 2017 by Alex Gary 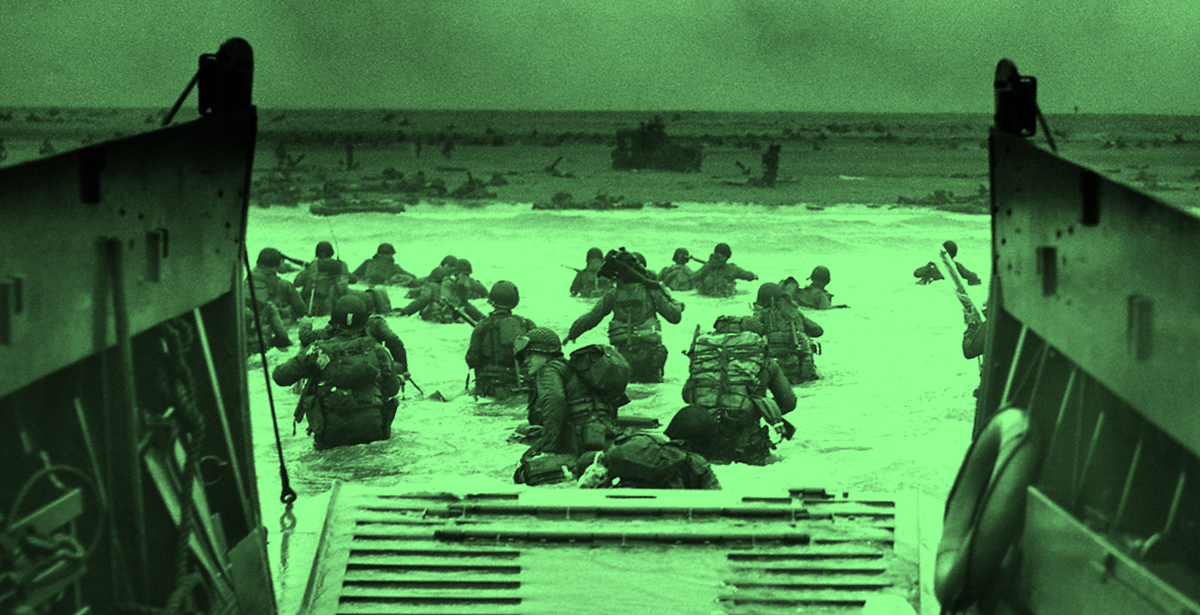 Nearly a year ago, 1 Million Cups started a chapter in Rockford, Illinois, where Thinker is based. Each week, the owner of a less-than-5-years-old company is recruited to come in on a Wednesday morning and talk about his or her operation.

This month, a bakery owner in Rockford came in to talk about her journey from the health care field into entrepreneurism. She enjoyed baking as a kid and wanted to join a popular weekly public market by making sweets. The organizers of the market said they already had two vendors lined up for that, but the market needed a bread baker.

Baking bread is a different skill than baking sweets, and she had little experience there – but she sensed opportunity and said yes, of course, she can bake bread. She spent several weeks learning how to make different types of breads that tasted good and, because she’d be selling them publicly, looked good.

Fast-forward seven years. She is the only person in this metro area who exclusively makes several types of breads. Lots of bakeries make sweets; she is the only one focused solely on bread. She has three people helping her part time. They make just enough loaves to sell out weekly at two markets and bring in enough revenue to justify moving into a larger commercial kitchen. She invested (borrowed) more than $50,000 for specialized equipment to increase her capacity and cut production times.

Rockford is an emerging foodie town, and she has been approached by several restaurants looking for a local vendor for fresh breads. The opportunity to become a much larger business is there, but she is still building the skill of her staff and learning how to manage her operations. She’s not ready yet for that level of production.

While her story is uniquely her own, her strategy is not. She established a beachhead.

Establishing a primary beachhead market is a critical component of any startup. The name comes from the World War II battle in which Allied soldiers fought through heavy gunfire to establish a base of operations on the beaches of Normandy. From those beachheads, the Allies launched the larger invasion of Europe. In business, establishing a beachhead is about “focusing your resources on one key area, usually a smaller market segment of product category, and winning that market first, even dominating that market, before moving into larger markets,” said Tim Berry, chairman and founder of Palo Alto Software.

All kinds of companies have used a beachhead strategy to establish themselves. Perhaps the most successful is Amazon. Entrepreneur.com published a story about the company’s amazing growth. Amazon is such an integral part of our lives that many people have forgotten that it was launched with a singular focus: selling books.

As Entrepreneur reported: “By creating a narrow and winnable focus for his first product, (Jeff) Bezos was able to build the fundamentals of his company, and create a launching pad for Amazon to grow into different markets over time.”

Now Amazon sells everything, from books and computers, electronics and clothes to really obscure items, such as height-adjustable golf chipping nets, Chambongs and cat turntables.